In praise of the soul lap, the undocumented adventure.

Stephen Hui has taken thousands of photos of pristine backcountry vistas. But these days, he’d rather leave his camera behind, especially if he’s hiking a trail he’s been on before. Even though his work, as author of the just-released and already-a-bestseller guidebook, 105 Hikes in and Around Southwestern British Columbia, demands it, there’s something about not lugging his good camera around and not being faced with any photo editing at the end of the outing, that amplifies the recharge he gets from taking a hike. 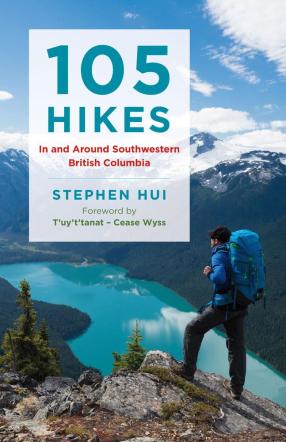 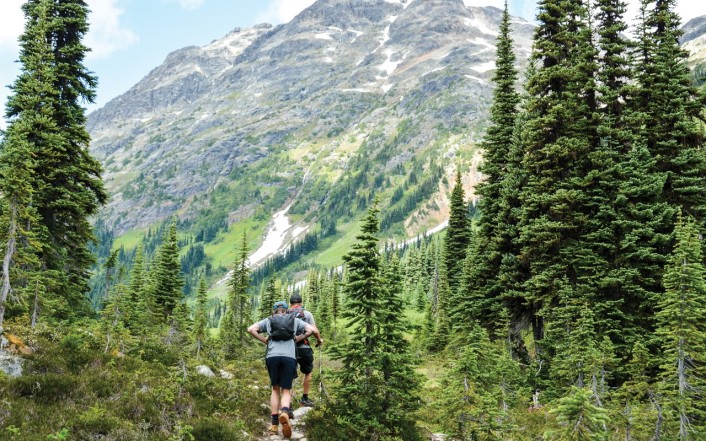 Hui is not the first photographer I spoke to this summer to extol the pleasure of not documenting an experience, in order to more fully experience it. Pro skier Michelle Parker also shared a frequent practice with fellow-athlete Eric Hjorleifson, of taking “a soul lap” at the end of a filming day. Just the two of them, heading out, no cameras.

“Having those runs where you don’t have cameras on you are more rare than people would imagine,” Parker told me, when we caught up in Pemberton in the spring. “When you get to just make a soul lap with your buddy, it’s so special.”

If the professional athletes and photographers are doing it, it’s worth pondering the benefit of the undocumented adventure for the rest of us, who don’t actually have an audience awaiting our next post.

Sitting in the corner of the Squamish Adventure Centre this summer, I’d watch waves of bus-shuttled tourists wash into the building. They’d surge into the washrooms and line up to pose for a photo with the taxidermied black bears on display.

The consistency of the attraction was comical, after a while, and I wondered: who is that photo for? Is it an important moment to document: “Remember when we stopped at that round building for a pee?” Or is it a story prompt to share with their imagined personal audience: “And this is the stuffed bear we saw.” Or is it just habit, a reflex, the best way the human animal of 2018 knows to make things feel real?

More often than not, it’s not even real. One recent study found that more than a third of millennials post vacation images aimed to deceive followers into thinking the trip is better than it is, with a huge chunk of those actually wanting to make their viewers envious.

When the data was released by Allianz Global Assistance, a global travel insurer, in July, director of Communications Dan Durazo was officially quoted saying: “As millennials continue to lead trends, it will be interesting to see if social deception becomes a more common and even acceptable activity when portraying vacations to friends, family and followers.”

He then went for the hard-sell: “Whether you plan to make your vacation look better than it was or not, the right travel insurance policy can protect you from the unexpected things that may go wrong – and your social media followers will never need to know that the trip wasn’t as perfect as it looked on Instagram.”

Lie if you want to, but don’t forgo the insurance?

I can’t help but think the planet is awash in hordes of travelers, jetting around the world, trying to feel something, to have a good time, faking up their photos, while quietly suffering a massive crisis of purpose.

As Leslie Anthony wrote about earlier this year in Pique, overtourism is destroying many environments and disrupting local communities. 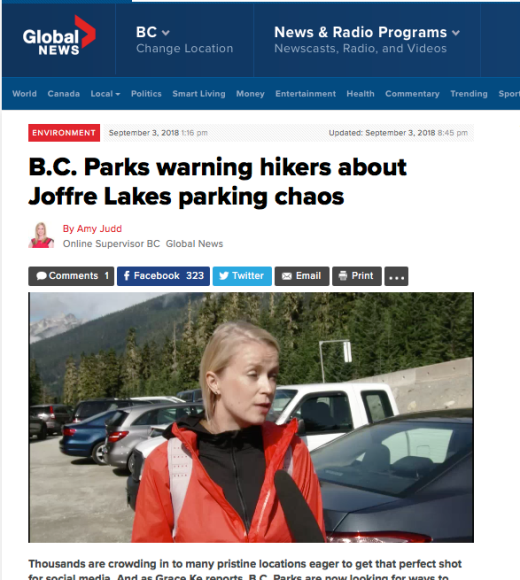 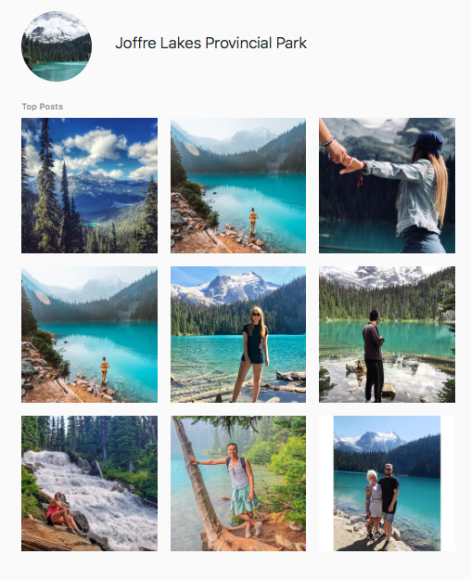 “Hikers always want to take photos,” says Hui. “But it seems like for some people, the picture of them at the place is more important than the experience of being there.”

It’s easy to fall into – the frantic documentation of a vacation, an adventure, life, can start to supersede any other purpose – and maybe it’s because just being in the moment is straight-up hard. But it’s becoming a source of pollution – of other people’s experiences, of trails, of the social media and mental environment.

Politely watching you scroll through your iPad’s photo gallery is not the same for me as hearing you tell some funny stories about your latest trip – there’s a co-creation that takes place as you talk and I imagine, that lets me be a participant in the conversation, instead of a passive consumer.

I might be feeling hypersensitive after my month of No Thinking, like a silent meditator who has emerged blinking and shellshocked back into the busy, clamorous world, wondering what is worth saying, to break the silence.

But what if we embarked on an Analogue Travel Challenge? What if we challenged ourselves, and one another, to undertake the next adventure, trip or experience, without documenting it digitally? What if we limited ourselves only to old-school tools – a sketch book, a pen, oral story – and instead of snapping a quick image, or 10, before moving on to the next hit, had to immerse ourselves in the experience, slowly enough that we could absorb it, through all our senses, instead of our screens. Would our entire bodies then store the memory? Would we feel different? Would we feel cleaner?