I am having a baby.

It was a slip-up. Seriously. In 17 years, my husband and I, who like each other a lot, and have been officially ambivalent about having a kid that entire time, had unprotected sex, once. It came after a lot of cocktails. Bam. A little stowaway snuck past the Gates of Vigilance.

We figured it was meant to be. If it chose us, then we would step up. And be the best parents we could. Which means, we’ll probably be pretty mediocre. In fact, I fully expect to suck at this. But, I’m good at sucking. I’ve been rock-climbing for 17 years and I still flail around if I have to lead a 5.9 or 10, but I’m kind of proud of my own tenacity at sticking with a sport that I am so profoundly mediocre at. The thing is, what I get out of climbing, I would need to do 6 or 7 other sports and practices to replace it. So even though I’m not naturally gifted at it, and will never be featured in a magazine or represent as the poster-girl for womens’ climbing, I still do it. And enjoy it. When I’m not thinking I’m going to die.

My girlfriends, none of whom expressed much ambivalence about parenthood, and who all leapt into in over the last decade, are all smart, strong, talented, brilliant women. They’re physiotherapists, veterinarians, lawyers, film producers, journalists, potters, teachers, guides, skiers, doctors, and they went into parenthood planning to be as good at parenting as they are at everything else they do.

My mom friends, I think, feel frustrated that they aren’t doing the things they were brilliant at, and are spending all their time parenting and not feeling particularly brilliant. They’re not getting any recognition for what they’re doing, even though I personally think that the very nature of their love and service is fucking mindblowingly brilliant, their patience is fucking brilliant, their tenderness, their ingenuity, their ability to wing it, their ability to dig deep and find a bit more extra give when they feel like they’re completely empty – all brilliant.

And when I say to them, “Wow, you’re so patient…,” they say, “Oh, you should have seen me lose it last week. I actually spanked him.” And there’s a shadow of guilt that drops over their faces like a cloud when you’re at the beach desperately trying to get an all-over even tan, and I think – 895 days you have logged, in this tour of duty, averaging 4 hours of sleep a night, and you lost your temper once and you feel bad about that? Girlfriend, you deserve a medal. You deserve to be inducted into the Heroes Hall of Fame.

The problem as I see it, is, we don’t value that kind of “power” – the quiet enduring yin power that motherhood demands. Our culture celebrates the yang, the loud clanging stand up in front of the room and own the microphone and the spotlight and give a rousing speech and be as inspiring based on your outfit and your tone as by the substance of anything you say kind of power. We are a culture that celebrates the gong and the glory and the clanging bell and the here today and gone tomorrow and the goal-scoring record that lets you coast on that career peak for your entire life, and the ability to make tough decisions like laying off 600 people and outsourcing manufacturing to China. We are a culture that celebrates the “sacrifices” a fanatical workaholic career-achiever makes – look at what he/she gave up, all that time with their family, to become the coverguy/girl of TIME/BC Business/a supreme court judge etc. What dedication.

We don’t live in a culture that celebrates the person who actually gets the work of tending human beings done.

So there are two things working against women today.

One, our own expectations of brilliance and perfection, which, in a world of moving parts and random variables like parenthood, is impossible, and not something I’m even going to aim for.

And two, the culture of the world that places no value in unpaid work, in love, in service. 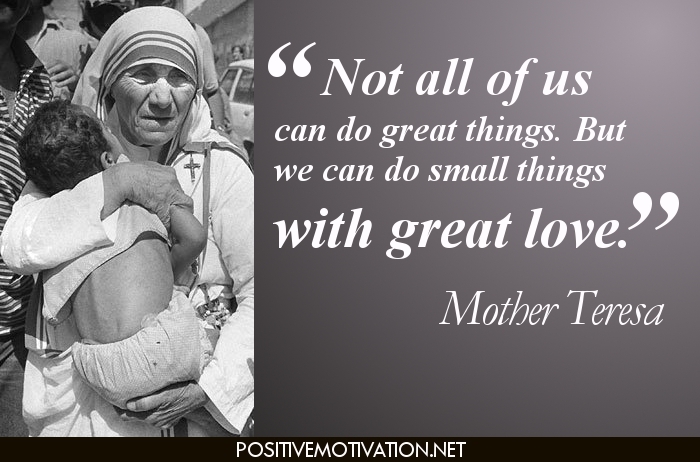 Oh sure, we all say Mother Teresa was amazing. But truthfully, we’re more inspired by Madonna and Sheryl Sandberg and Adele and Jacqueline Novogratz, because who really wants to die owning only a bucket and two saris? We crave the spotlight and the recognition and the glamour, and how could we not? We’re creatures of our own culture and we’ve been absorbing those messages all our lives.

I don’t want to be a servant. I don’t want drudgery. I want to be a self-actualised fulfilled interesting human being. Kid or no kid. But, I’m okay with mediocrity and failure being part of that. And I’m actually okay with no spotlight, because there are a few people who watch me like I’m the star of the movie, and they’re the audience that counts. And anyway, it’s my movie, and when it flashes back before my eyes in the moment of my death, the only person it has to be interesting to, is me.

So thanks little stowaway, for the chance to embrace messiness and randomness and to officially be a clusterfuck for the next bunch of years. We have called you The Experiment, because really, that’s all life is: a series of hypotheses followed by some trials, followed by a slightly refined thesis and then a new hypothesis… And we might accidentally blow some shit up, but we’re going to try our best to have some laughs while we’re doing it.

Penelope Trunk says the most revolutionary thing we can do for women right now is to stop celebrating women who choose to work 120 hours a week when they have a new baby.

But I say, let’s stop perpetuating the myth of brilliance – full stop. Everyone shines, at certain moments in their life. And for the other 99% of it, we’re just getting by. And that is totally fine.