We don’t put our climbing gear away until the snow is thick on the ground in Whistler and the rivers are high and we can be sure that the granite is dripping runnels and waterfalls and there is clearly no hope for that crispy sunny bonus day on the rock. So, we’ve now officially conceded defeat and laid down our cams. 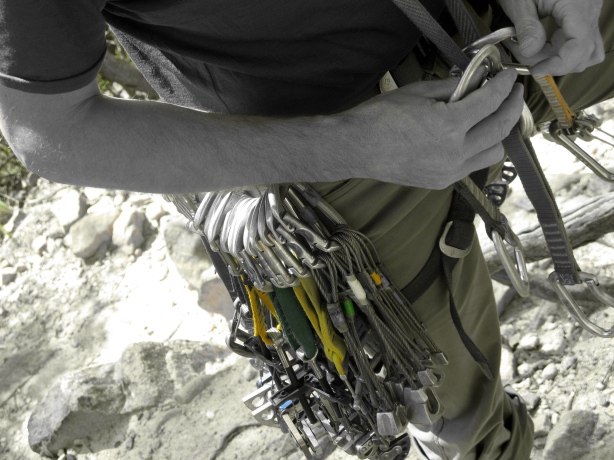 I complain that it’s over, but I can’t complain. We ended the fall with two weeks in Red Rocks, shaking red desert sand out of our tent, schlepping our gear on long approach hikes into primeval canyons, and logging sweet multi-pitches in a blessed state of wordless accord. 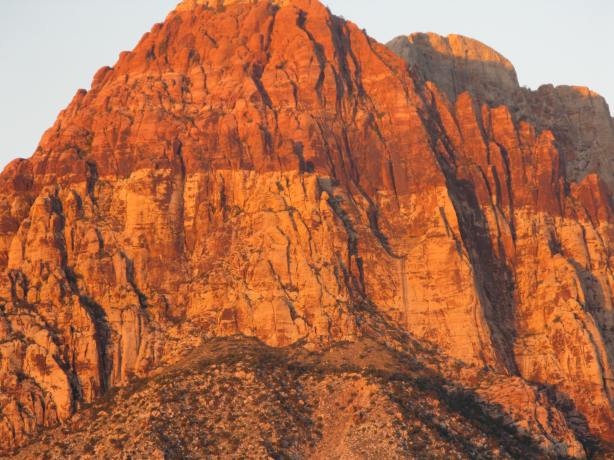 In my on-again, off-again love-affair with the sport, we parted on good terms.

For one, I am at peace with how much I suck given how many years I have dedicated to climbing.

In fact, I am starting to think this is one of my greatest accomplishments. Knowing how to suck.

I say “sucking” but the new phrase for this kind of tenacity and stick-with-it-iveness, in the face of no obvious talent, is “grit.” And it’s being hailed as the key that opens the doors to success, accomplishment and happiness.

Paul Tough, author of How Children Succeed: Grit, Curiosity and the Hidden Power of Character, talks about why we want to teach kids grit:

The main thing is helping kids learn how to manage failure and adversity. That involves making sure they actually have some failure and adversity in their lives. Especially for high-achieving, high-income kids, that’s often what’s missing. If you want to develop kids’ self-esteem, the best way to do it is to praise everything they do and make excuses for their failures. But if you want to develop their character, you do almost the opposite: You let them fail and don’t hide their failures from them or from anybody else – not to make them feel lousy about themselves, but to give them the tools to succeed next time. IQ matters a lot in terms of what your freshman GPA is, but graduating from college has much more to do with character strengths like persistence, perseverance and grit. That’s true in the workplace too.

I didn’t learn grit or perseverance in school. I learned it on the rock. I learned that is possible to be mediocre but still take pleasure in something. I am good at being a beginner, at flailing around awkwardly, at struggling without obvious signs of progress. I don’t feel I have to apologise if I suck at something. I have learned, through sweat and grunting and a couple of falls and a lot of grazed knuckles that:

To master anything, first we must flail.

And because I am comfortable with that uncomfortable feeling of being a rookie (I know it will pass), I love learning new things.

This wasn’t my earliest nugget of climbing wisdom.

First, I learned how to approach my suffering with silence.

My relief at no longer indulging in full-on cliffside tantrums came back to me this summer, when Dave and I slipped through a June weather window to warm up our climbing muscles on the familiar pitches of the Smoke Bluff Connection. A fit 50-something women, following her partner up Mosquito, was struggling to remove a piece of his gear. He started yelling down from above, feeling pressure, no doubt, from our lurking at the base of the climb: Hurry up, he was hissing down at her. It’s easy. It came in from above. Come on. Oh forget it. Just leave it, and I’ll rap down and get it.

Dave and I sneaked eyebrows-raised glances at each other as we unspooled our rope, put our harnesses on, slowly sorted gear. We’ve had our share of public displays of melt-down. Climbing flushes a lot of cortisol and adrenaline through the body. The acoustics of climbing crags are inevitably weird: you can have trouble hearing each other, but everyone else can hear you perfectly. When I first heard someone else’s vicious domestic echo along the cliff band, it was a rude awakening: every single one of my previous bitchy meltdowns had been broadcast across the entire zone.

When Agro Climber Guy rapped down to retrieve his piece, he tried to make nice with us.

But what I was really thinking was: Rule #1.

In the heat of the moment, you’re highly likely to regret what comes out your mouth. Stay quiet. Breathe. Focus.

Climbing has also taught me:

2. To appreciate my body. Strong and able is beautiful. Under the flouroescent scrutiny of a retail changing room, I don’t particularly appreciate my physique. But when I hike for a few hours with a pack on, scramble up a scree slope and pull my gear out, I do. When I jam my hand into a crack, torque, and pull up, I do. When I top out at the end of a multi-pitch and take a moment to look around, I do.

3. To look for the line of least resistance. There are always several ways to make a move on rock. It’s perverse to try and make things harder for yourself.

4. Keep relaxed. Don’t let fear force you to overgrip: it’s exhausting and you actually push your goal away.

5. When you hit the point where you don’t think you can go any further, plug in some gear, take a deep breath, suck it up and get going. Often, the only way past is through.

6. Be willing to go backwards. Mistakes compound. Be willing to downclimb, reverse a move or two and start over, before you end up in serious shit. The sooner you realise, and back up, the better.

I got into climbing because it was my partner’s passion. My choice was to either to become a climbing widow, or dive in. My husband said the other day, “I’ve learned lots of things from you.” And he reamed off a list of interests and insights he’d taken from our 16 years together. “And you? You’ve learned suffering from me.”

7. Grit will take you further than anything else you might have going for you – talent, aptitude, a bank of cheerleaders shouting your name. I have practiced suffering, endurance, tenacity, dirtbagging, living with nothing, shitting in paper bags, sleeping on a big wall, sitting with a grapefruit-sized knot of fear in my belly for hours on end, as a climber. I’ve also learned to love the smell of rock on my hands, the pleasure of systems, of tying a knot, of being able to carry everything you need on your harness, of the visceral joys of movement, of pressing my flesh against some of the planet’s most striking forms, of sleeping under the stars, of having a partner tied into the other end of my rope knowing he can’t make the hard moves for me, but that in this pursuit we are profoundly connected.

Climbing has never really been about the climbing for me. Which is probably why I’m still so mediocre at it.

But thanks to it, I’m a much better version of myself. So I claim it. I’m a climber.