In the corner of a house in Pemberton stands a 250cm tall pair of wooden skis. Naheed Henderson pulled them out of a burn pile in the Altai mountains – where people have been skiing as far back as memory goes, where skiing may, in fact, have originated, where skis are chopped from spruce in the forest and given traction with the skin of 6  horse legs, and where, when their lifespan ends, they are tossed on the burnpile, and someone will head out into the woods to make his next pair. 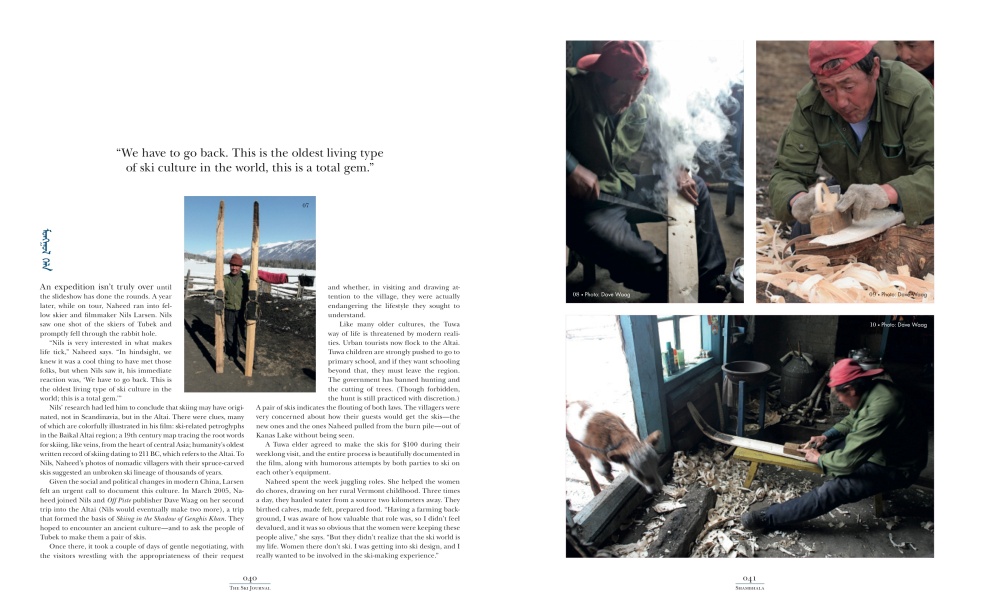 Just 10 km down the road from Naheed’s place, ski mountaineer John Chilton is in his basement workshop, running a hand-sander back and forth over 7 inch thick laminated conglomerations of locally harvested and milled Douglas fir.

Chilton has been a sponsored skier, a groomer and a trailbuilder and a film star and once upon a time, before he moved to Whistler to become a ski-bum, he spent 6 years as a cabinet maker. I interviewed Chilton about his new career move, an evolution into artisan ski-making, for the upcoming Kootenay Mountain Culture magazine. 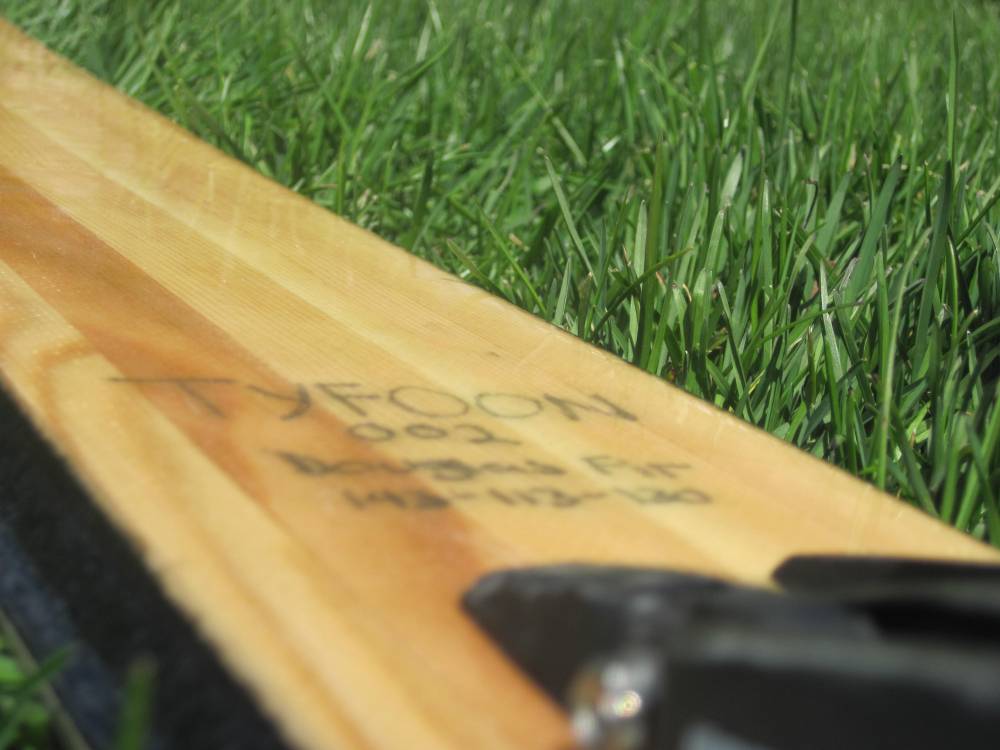 Chilton’s Tyfoon skis are as deeply inspired by place as the Altai skis Naheed discovered.

When I interviewed Naheed about her trip to the Altai for The Ski Journal article, she commented that “their ski design – wide underfoot, narrower at the top and tail and really carved up – was just ideal for the snow there. The width allows the ski to stay on top of that wet, faceted snow and float. You could see they’d thought about their designs. They could point out what was wrong with our skis, that they were too light, too narrow for the conditions.”

Though Chilton’s hand-crafted skis require the killing of no horses, there’s a whisper of lineage when a mountain man, who has sought out peaks all around the world, starts with a piece of locally hewn wood and begins to make himself a pair of skis.  (Foon has made half a dozen pair of skis – the national Rossi rep was given a pair for his 40th birthday.) “Over the years, it seemed like no-one was making the perfect ski for what we do out here. I’ve had the opportunity to ski all over the world, and I really do think for big mountain powder riding it doesn’t get any better than here.”