In the spring, I sprinkled a small mason jar of biodynamic preparation 500 under my fruit trees and around my garden beds, just as Anna Helmer had shown me. There didn’t seem to be a very specific science to it, although I videoed her doing it and watched it over several times to make sure I had the insouciant wrist flick just right.

It seemed kind of random and messy, which should suit my style to a tee, but I felt weirdly anxious that I would screw it up by flinging the droplets around too wildly, causing the cosmic magic that had been channeled into this precious jar of “water” to elude my little patch of earth.

When Helmer’s Farm hosted an open house in late April, I was there, dragging the kid and his best friend, who amused themselves for hours, eating potatoes cooked over a fire, gently terrorizing the ducks, and eventually holing up in the sandpit. 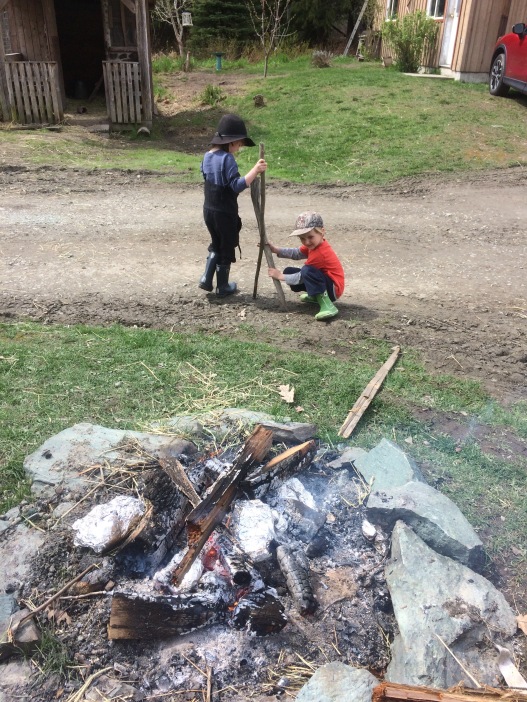 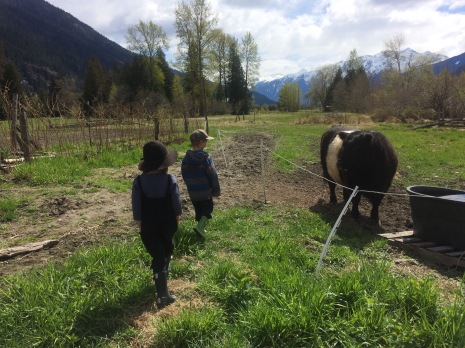 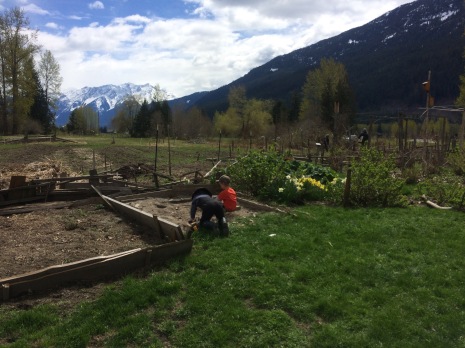 They also took a turn stirring the great vat of biodynamic preparation, which I suspect was part of the Helmers’ agenda for hosting an open house – to crowdsource some sweat equity from the farm visitors. 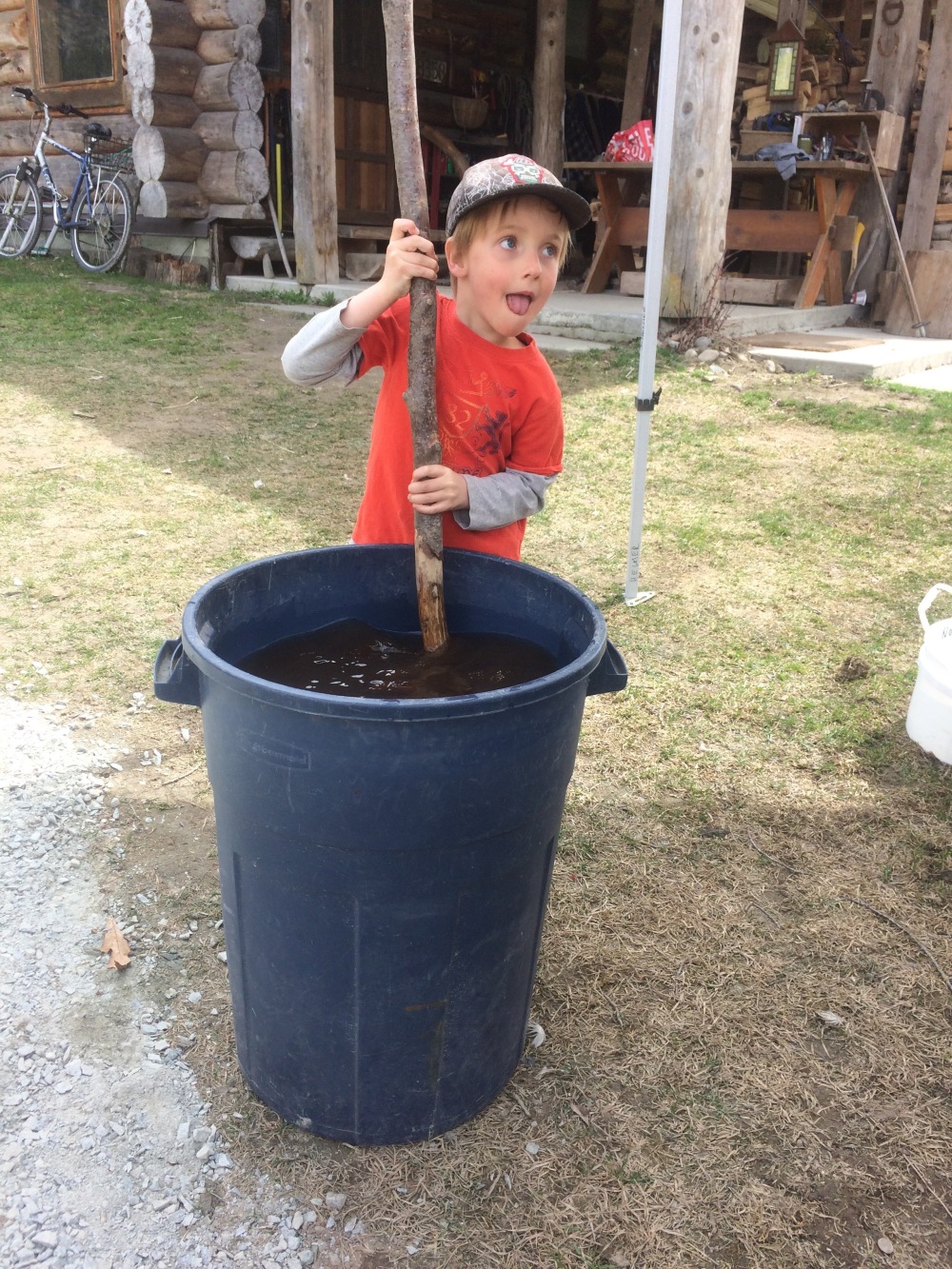 I took my turn with the stirring stick, thinking I was really helping things along until Doug Helmer took over and showed me how it was really done, the vigorous stirring that must take place for several hours, creating vortexes, then disrupting them by swirling the water the opposite direction, channeling a winter-buried cow horn full of celestial magic into a kind of homeopathic preparation for the soil. 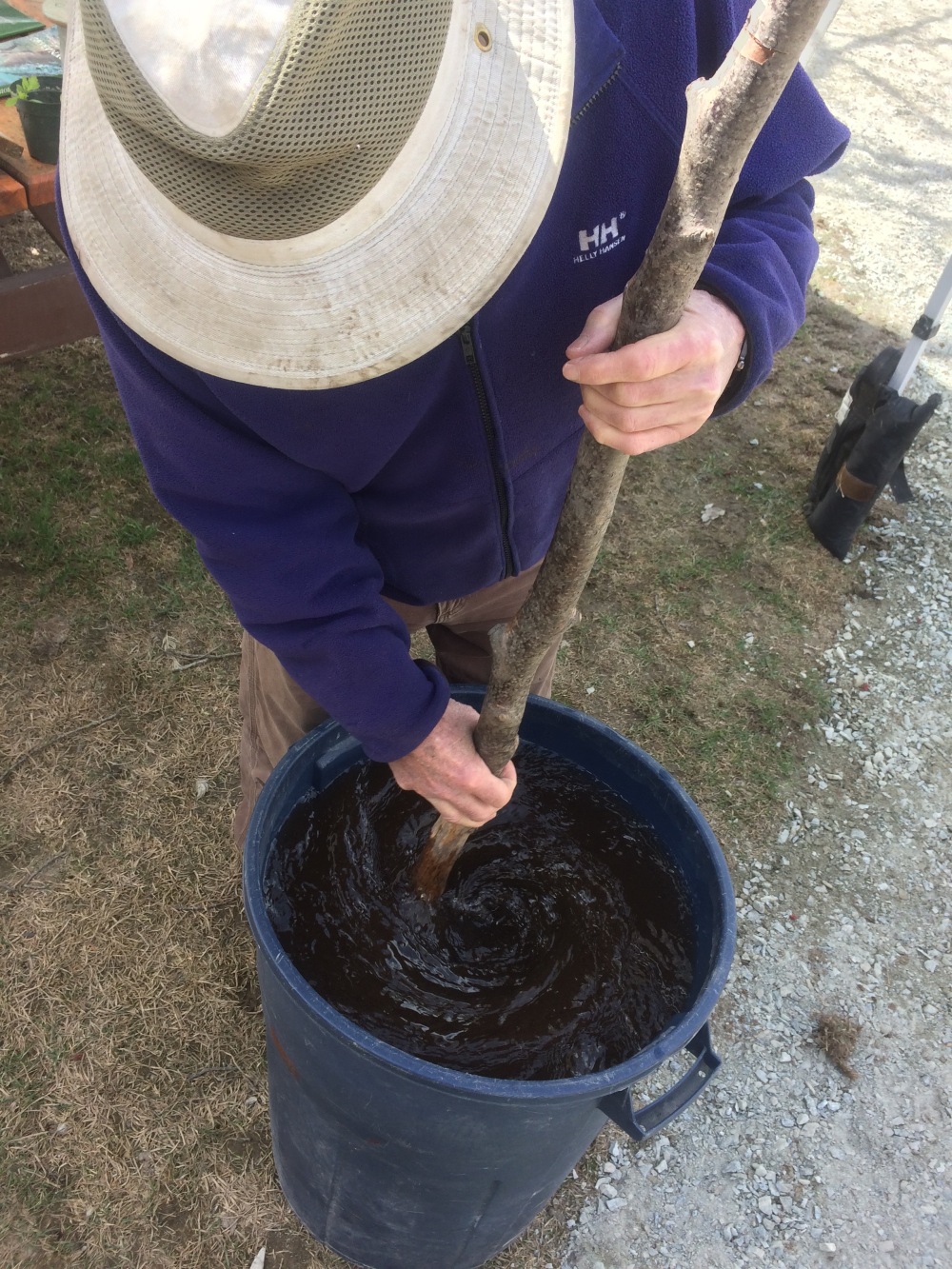 Once again, as I yielded the stick and accepted a small jar of preparation, it became apparent that I was benefitting a lot more than I was contributing. But as my farmer friends keep reminding me: if there isn’t a willing consumer at the other side of the field, their work is for naught. It might feel imbalanced, when I see how hard they work, but supporting that work makes you an important partner.

Charles Massy is a 60-something year old Australian pastoralist, self-professed shit-disturber and the author of Call of the Reed Warbler, who has become a growing voice for regenerative agriculture. He contends that, given agriculture influences several major earth systems, adopting a more regenerative approach offers the biggest potential to save the planet from the climate crisis. Regenerative farming is “nearly two and a half times better at burying carbon in the ground than anything else” in large part because of its commitment to nurturing soil health and rebuilding soil organic matter.

He came to these views from the near-decimation of his family farm, and its slow recovery into a commercially thriving business, through the trial and adoption of many regenerative practices. A PhD in his 50s helped provide a framework for his ideas.

Massy sees regenerative agriculture’s success as being dependent on farmers who shift their practices to become part of this solution. But equally, it’s on consumers. The movement will only work if the farmers’ products are supported by the urban community. “It’s a two-way partnership.”

Anna Helmer and her family have been growing for Farmers’ Markets for 20 years. She acknowledges that it’s easy for consumers to hit the weather-insulated grocery store or order up home delivery from SPUD, but contends that farmers’ markets offer one key advantage – something she has come to think of as ‘mutual appreciation.’ She writes, “This is an energy generated at the point of contact between primary producer and end consumer at market,  notably at the transaction stage. I take your money, you take my potatoes. We are both appreciative of the other. The feeling builds each week, from season to season and year to year and really can’t be re-created in other retail environments.”

It’s the spark of contact that makes magic. Direct, human to human, contact. Built into that transfer of energy – my money, your product, eye contact, appreciation – is the recognition that we are interdependent, that through this simple interaction, we are defending the life force, and creating a more beautiful planet together. 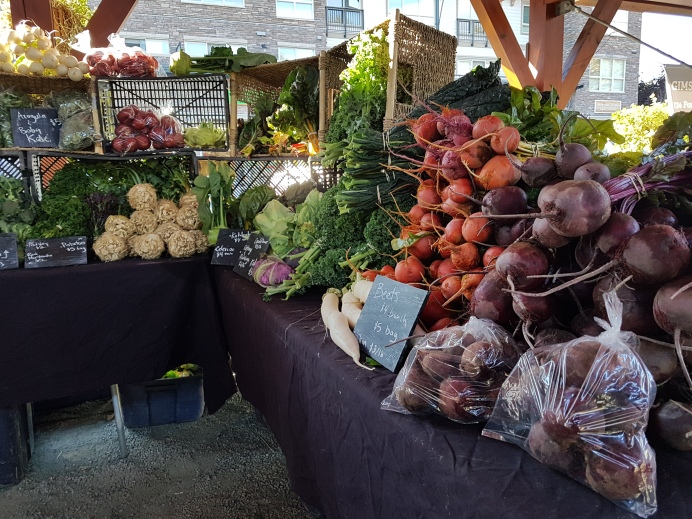 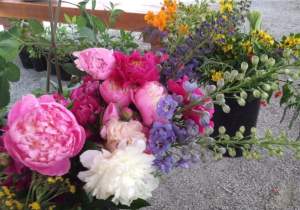 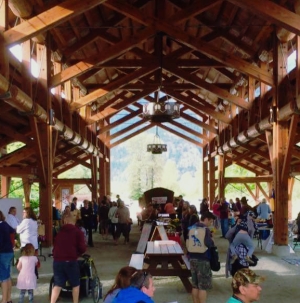 But it’s not just about shopping. With community groups setting up, live musicians playing each week, and a host of special events, from Bard in the Barn, to the Zucchini Derby, Slow Bike Race and Stone Soup celebration, the magic of the Market is really in the gathering. 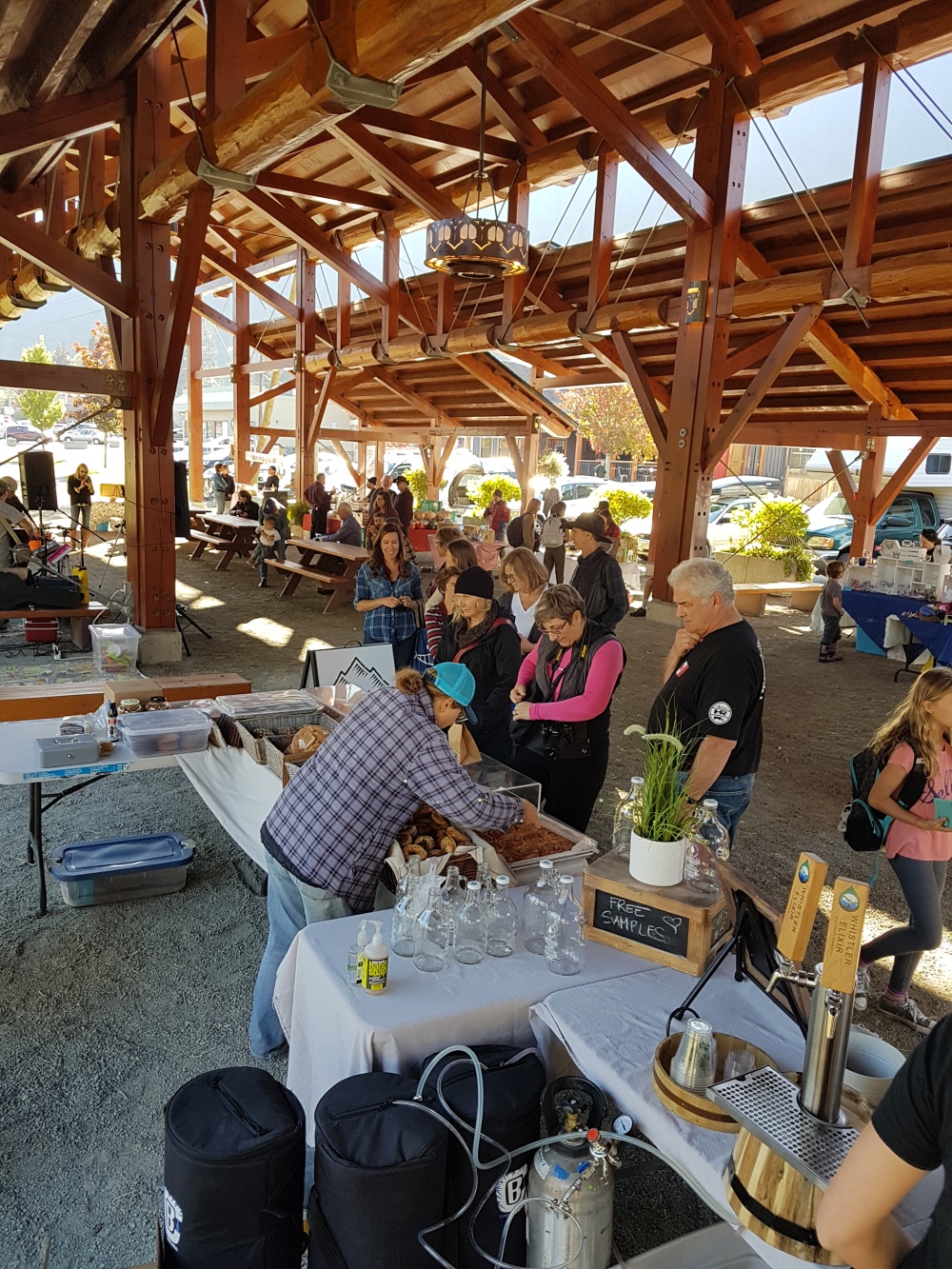 “Our vendors work together almost like a family and the overall community spirit makes it a welcoming event,” says Market Manager Molli Reynolds. “The barn is such a lovely structure that eliminates the need for individual tents and that brings us all together ‘under one roof’.”

That community vibe was recognized last year when the Pemberton Farmers Market was awarded Farmer’s Market of the Year 2018, in the medium category, from the BC Association of Farmers Markets. Yes, our little community Farmers Market is the best of its size in BC. 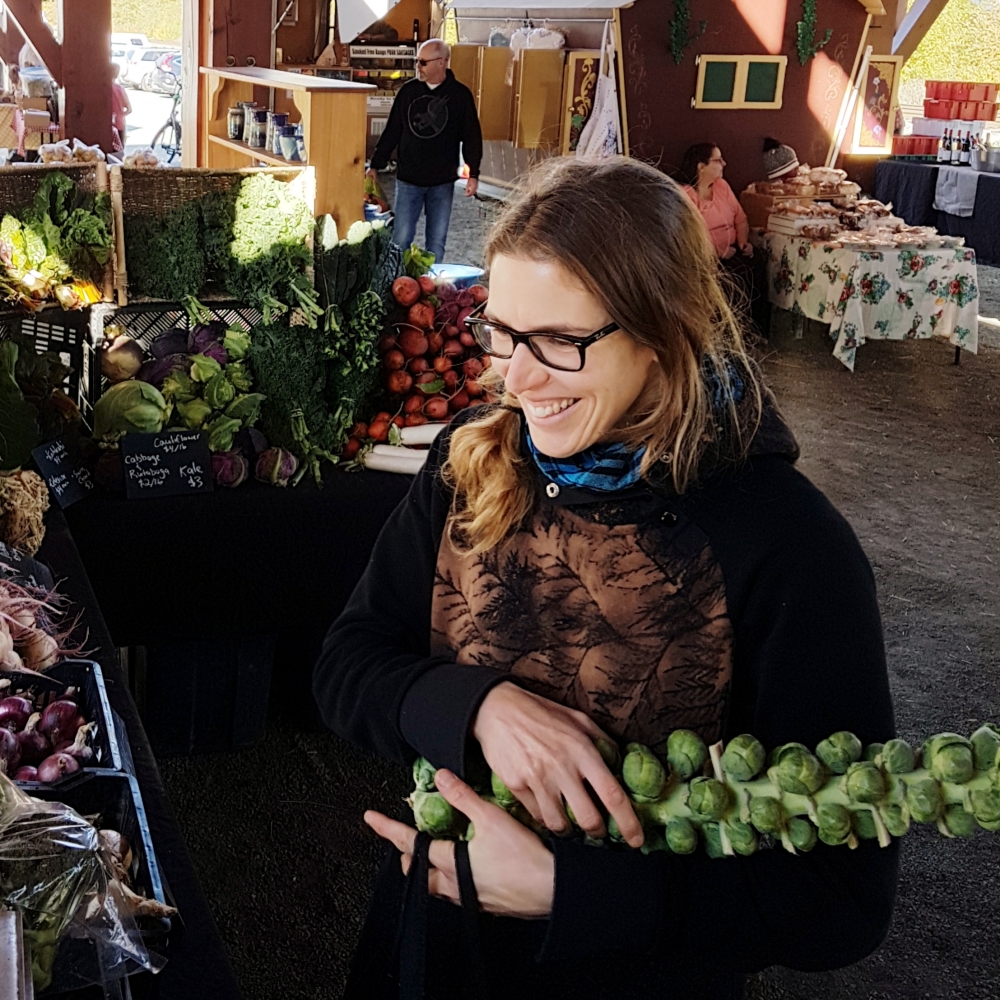 Because magic is a joint effort.  Creative sparks, like any kind of new life, require the DNA of more than one human to come together. Which is why Fridays under the Barn are one of my favourite kinds of gathering. The raw ingredients are all there – fresh produce, food and drinks and treats, live music, play zones, community organizations, great people. Just add yourself, and see what happens.