This is a repost of a column I wrote for the Question on Christmas Day 2015, because when I wrote last month about getting a compliment and wanting to duck away, I thought, oh god, I just keep going on and on about this. Turns out, it’s more of a four-yearly thing, so I’m a slow learner, but not banging the drum too much.

A friend of mine is shopping for sperm right now.

She invited me and L, her two oldest friends, to help vet the candidates. So we logged onto the sperm bank under her name, and began wading through donor profiles.

Once she’d winnowed the selection down to two guys, she suddenly stalled out, as if rendered immobile by a huge wave of overwhelm. There’s a magnitude of regrets that ripple out in every direction from these kinds of decisions, I am guessing — what if I make the wrong choice? What if this kid ends up hating me for this? How did I come to be here instead of being semi-happily married and making babies with a partner, like everyone else I know?

L stepped in to help her come unstuck with a lovingly aimed steel-toed boot in the butt. It came in the form of a personal stocktaking, along the lines of “if my significant other had ever seen my donor bio, he would never have bred with me and I probably should have been ovariectomized as a teenager.”

She then laundry-listed all the health issues in her family alongside all her worst qualities, starting with “atheist pessimist who finds very little meaning in life.”

It was hilarious. And it worked. It also prompted my friend to immediately respond with an even longer list of L’s good qualities, which concluded with the following: “when you need a bio or profile done, please don’t write it yourself.”

Maybe it should be a rule of life: all bios penned by straight-talking, but genuine friends.

I just started reading A House in the Sky, Amanda Lindhout’s book about surviving 460 days as a hostage of Somali radicals. Before she gets to the kidnapping, she writes about the first Christmas in which her dysfunctional family reconciled — her mom, a trainwreck, arrived at her dad and partner’s house, apologizing for the lack of gifts, but proffering hand-written notes, letters she’d penned to each one of them, sharing her best memories of them.

It was the medicine that was needed to bind them up together again.

A kind word. Some true memories. A compliment.

Not a huge pile of presents.

Pemberton stewardship guru, and regular Wellness Almanac contributor, Dawn Johnson, shared a link recently to a George Monbiot piece from the Guardian in 2012, in which the British writer and nature-lover railed against the “pathological consumption” that has turned Christmas into a “festival of junk.” 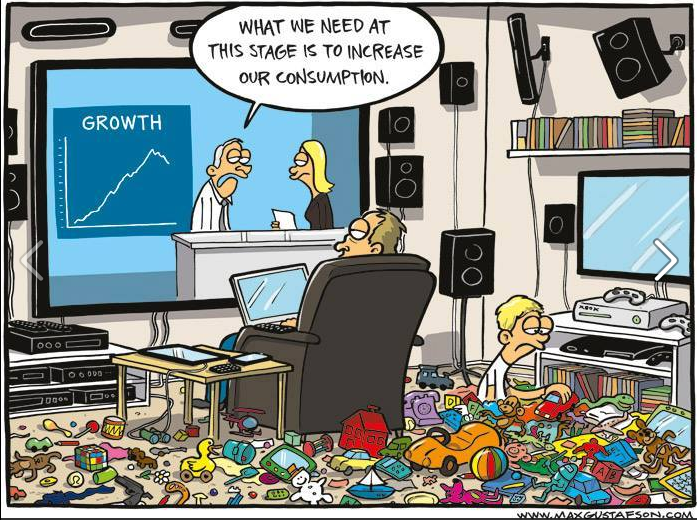 Don’t trash the planet to tell someone you care, Monbiot exhorted. All that shows is that you don’t. Bake them a cake, write them a poem, give them a kiss instead, he said.

I mean, goats are nice. And I do think that donations to charity or buying goats for families in the developing world is a great thing to do.

But why not give a compliment?

I wonder what that would do to the “economy” of relationships?

I received one once. It was exquisitely painful and empowering.

I was at a wedding a few years back and I starting chatting with a guy I knew loosely, mostly professionally. He began to say kind and complimentary things about my writing, about having admired my stuff in magazines for years, and I just kept thinking, he must have me mistaken for someone else.

A mutual friend observed my discomfort, and literally held me in place. “Stand here and listen to this, Lisa,” she said. “Say, ‘thank you.’”

A few unsolicited compliments were the strangest counter to the voice in my head, to the laundry list of shortfallings, that it was a kind of medicine, a little balm for the hustler.

Imagine if that’s what was under your tree? A bonanza of heartfelt compliments and memories from your nearest and dearest, from your work colleagues, your boss, from old school mates.

Imagine the feeling after they’d all been unwrapped?

Instead of that slightly disappointed, slightly dirty feeling you get, when you look around the wreckage of Christmas frenzy at piles of things that mostly missed the mark, the wrapping paper, ribbons, wreckage you can’t even recycle, and the hard plastic packaging that nearly sliced your hand off when you pried it apart, you’d feel elated. And you’d float on that high for weeks, sailing all the way into the New Year, knowing how well-loved you were, how particularly, and in which ways and how.Imagine.

A Zero Waste Christmas. Might not be that impossible at all.

This story first ran as the Wellness Almanac column in the Whistler Question.