The second most intimidating moment on a heliskiing trip, (after the Burning Walk of Scrutiny) is not actually watching the safety video, where all the perils that face you are articulated in graphic, litigation-proof detail, but the instant where, standing atop the untracked snow of your first run, the guide says, “Okay. Buddy up.”

Having traveled solo, you look around as friends and partners acknowledge their official ski-buddy status with a nod. You try to repress the childhood sports team memories as the genetically gifted, sporty-spice kids get skimmed off first and you try to craft an expression on your face that is simultaneously cool and endearing.

Fortunately, the moment passed quickly. 10 minutes later, I was thanking the gods, shouting “it’s International Ski with an Olympian Day, woohoo” because the other solo skier in our group was this guy: 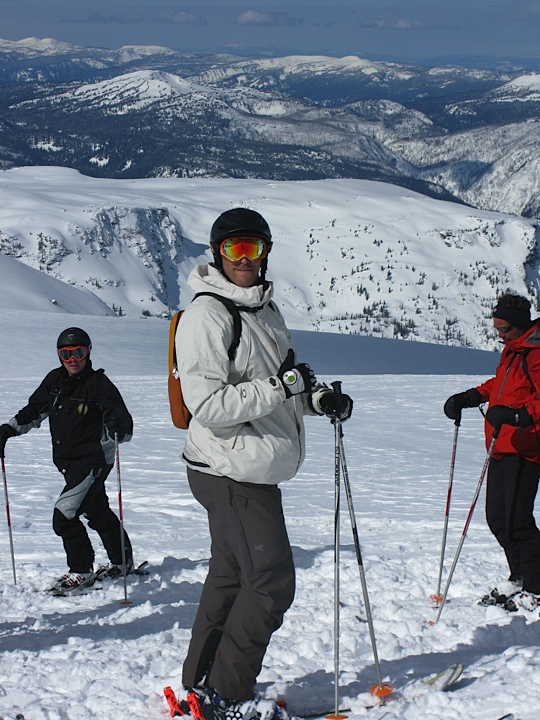 who, (apparently), underneath that ski gear, looks like this: 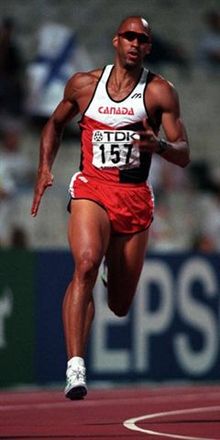 Mike Smith is a CBC commentator, three-time Olympian and Olympic flag-bearer, and two-time Commonwealth gold medallist, who spent a decade ranked amongst the top 10 decathletes in the world, and still holds the record for world’s best performance for the three combined throwing events. For all his accomplishments on the field, he was so gracious and chill in the pow that I confronted him at dinner: “You must be competitive, but you do not give off a very competitive vibe.”

But Mike doesn’t have to compete any more in order to get his ego-kicks. He’s already been ranked best in the world. When he’s out skiing, he doesn’t have anything to prove to anyone. He’s just trying to have fun. And last the distance.

One of the wonderful things about sport is that it allows us to express ourselves, realise our strengths and to explore our weaknesses.

Later, via email, he elaborates, to help me with the article I’m writing: “Years of decathlon bring a built-in humility. I knew I would not win all the events and I know I won’t always be the fastest and don’t need to be at this point. If you go alpha for all 3-5 days heli-skiing becomes more of a battle of endurance.  I’ve learned from experience there’s plenty of vertical and powder to be had.”

It’s the kind of attitude that, despite the drawer-full of medals and 150 pounds of muscle he has over me, made Mike Smith the most sympatico ski-buddy I could have asked for.