I walked tentatively into the temporary dance space. Dozens of people were there already, sprawled on the floor, stretching casually. I could tell from looking at them that they were “body” people, the type of people who naturally gravitate towards a 5 Rhythms movement workshop, “a moving practice for Freedom” promoted with a photograph of people leaping exuberantly into the air. 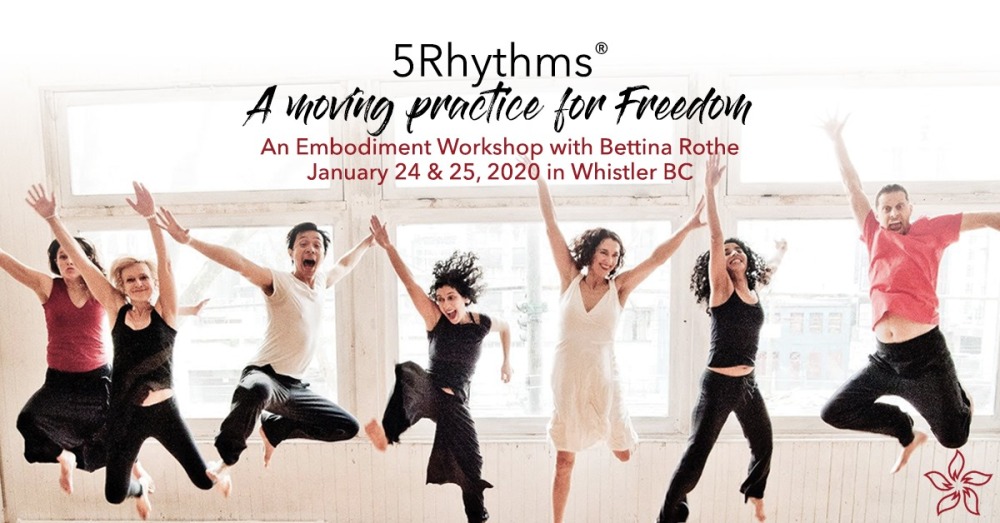 I am not a body person. The last time I danced in public, I was drunk. The earliest times, I was enrolled in a kind of movement class called Physical Culture, that saw girls and women parade around in a square, in leotards and ballet slippers, marching with pointed toes, and moving through an annually refreshed syllabus of choreographed robotic moves. It was oriented towards a competition at the end of the year, when the best girl – as judged by two faceless people somewhere out in the dark theatre – won a huge trophy. So, you may see why the moment the lithe-figured and commanding Bettina Rothe cranked up the music and invited us to “just feel your body and dance around” the well-lit room, I entered a state of physical shock resembling rigor mortis.

Movement-oriented people gyrated and leaped and spun and exuded exuberance and I high-school danced back and forth, trying not to take up too much real estate. I closed my eyes, in fierce dialogue with an inner voice that said: “You look like an idiot and nothing you can do tonight is going to change that. Maintain some shred of dignity and retreat now.” 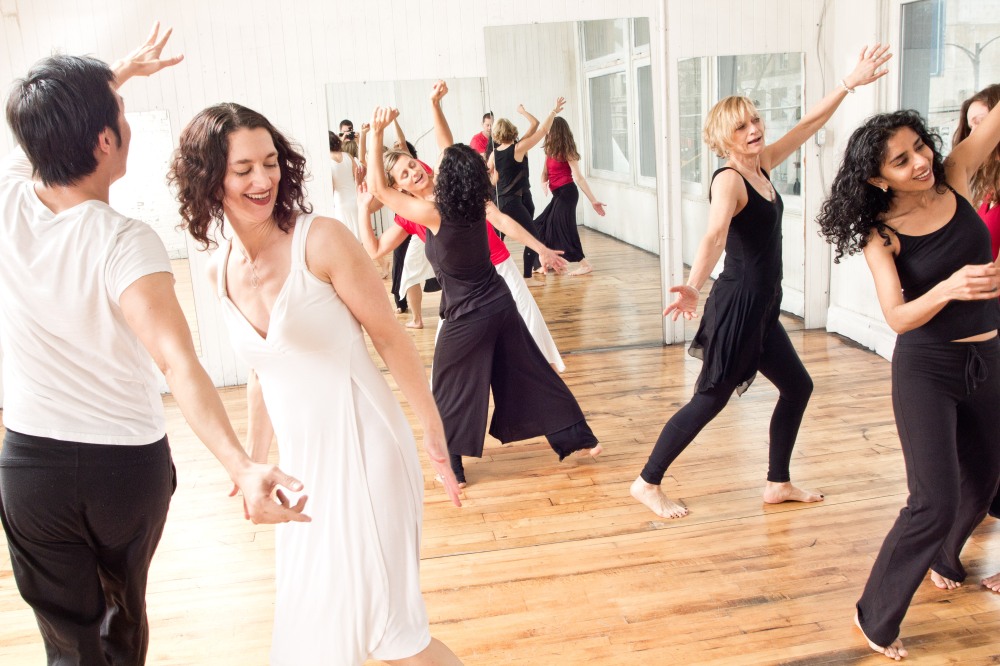 Rothe was alarmingly quiet as this played out, attending mostly to her role as DJ. I kept my eyes mostly shut and played with moving through space, in and around a sea of people, as we all rode the beats and the invitations Rothe offered out – “think about your elbows!” “find a partner and watch each other’s feet!”

When the three hours was over, I grabbed my coat and scurried for the door. Half the people in the room would be coming back the next day, for a more intensive embodiment workshop. I felt as if I might puke.

A week later, I connected with Rothe by phone. For 19 years, she has been holding a regular weekly 5 Rhythms class in Vancouver. She studied psychology and neuroscience in her native Germany, and works now as an executive coach, teaching “embodied leadership”. She also teaches roving workshops across North and Central America, including the session she offered in Whistler on January 24 and 25.

“I’m not surprised you felt a bit nauseous or off-balance,” she says kindly, when I share my experience. “When you first start moving, nausea comes up. You’ve shoved experiences down, they’re not digested, so when you start unfreezing your body, things come up.”

Rothe confesses that her head and body often duel too. “In my head, the voice is about ‘getting it right’. But there isn’t any such thing.” Rothe took her first 5 Rhythms dance class with the practice’s founder, Gabrielle Roth, at the Esalen Institute in Big Sur California, a mecca of personal transformation. Having grown up in the shadow of the Berlin wall, hyper-aware that everyone was slotted into one category or another – friend, ally, Jew, Stazi, Nazi, she was stunned by how inclusive and expansive California felt. At Esalen, the 5 Rhythms movement class was held at 8:30am. “I had no frame of reference for that,” she laughs. She’d been a devotee of the Berlin house scene and suddenly was dancing in broad daylight. “There were no cool club clothes, the beats were minimal, even cheesy. It was just weird.”

She wasn’t a dancer. “I got kicked out of ballet at 12,” she confesses, “because I wasn’t graceful enough.” That’s why Rothe is careful now with her language, often inserting “movement” in place of “dance.” “Anybody who has a body can move,” she asserts. Heartbrokenness has a dance, she says. The frozen shoulder has a dance. The wrestle to give yourself permission to dance is its own dance.

Rothe uses her vast music collection to bring a room into rhythm and to bring people back into their bodies and its innate intelligence. “One of my beliefs is that in the body is a memory of our personal stories, but it also holds the memories of our ancestors and our community. It’s the software that we’re running. Most of us are driving this vehicle from the smallest control centre in the body, that we recognize as the rational critical mind. But the body is a living entity. It is entirely conscious. It runs on its own mostly because we’re not aware of it. So how do we become aware? The first task in the 5 Rhythms way is to come in to the body, come into awareness.”

It sounds beautiful when she puts words to it. In practice, it felt like navigating rust. Rothe laughs: “It’s not easy. It’s very catalytic. It can be ecstatic. It can also be hard work. Our personality is very patterned. We typically move in very predictable ways. The dance creates an invitation. Are you willing to drop a little deeper into who you are? Freedom doesn’t happen without effort.”

The poet John O’Donohue wrote: “One of the lovely ways to pray is to take your body out into the landscape and to be still in it. Your body is made out of clay, so your body is actually a miniature landscape that has got up from under the earth and is now walking on the normal landscape.” Your body is clay. Your body is rhythm. Your body is also made of impulse and electricity, of fluids that answer, like tides, to the pull of the moon. It is so much more than meat. There is so much within us. What could you give expression to, by dimming the lights, cranking the beats, and letting go?

Helping people be more conscious of how they’re moving, how they’re communicating, how they might be undermining themselves, is one of the tactical offerings that Bettina Rothe, in her coaching practice, helps professionals with. But her bigger agenda is to liberate people out of the tiny cage of the brain and into the fullness of our bodies. I went, looking for a bit more physical grace, and spent 3 hours eye-closed wrestling with my extreme self-consciousness, before getting incredibly nauseous. You might think that means I’d say: never again. Surprisingly, I find that I’m ready to dance.