Navigating death and aging and injury, the tricky slippery pathways toward having more compassion for our bodies

For one summer, the year I turned thirty, there was a deck on the house I lived in. It was torn down by the fall, for being too close to the lot line. We moved out that October, and moved again five years later, but I still remember the deck, where we ate and drank and partied and entertained, as a kind of magical space. There might even have been a little BBQ there for a while, below the dart board, surrounded by a mishmash of ReUseIt Centre salvaged chairs and coolers. 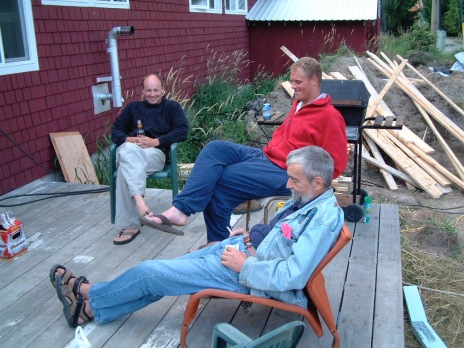 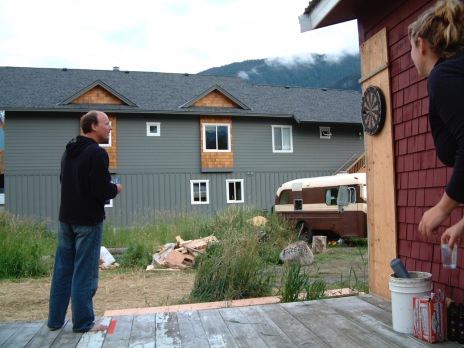 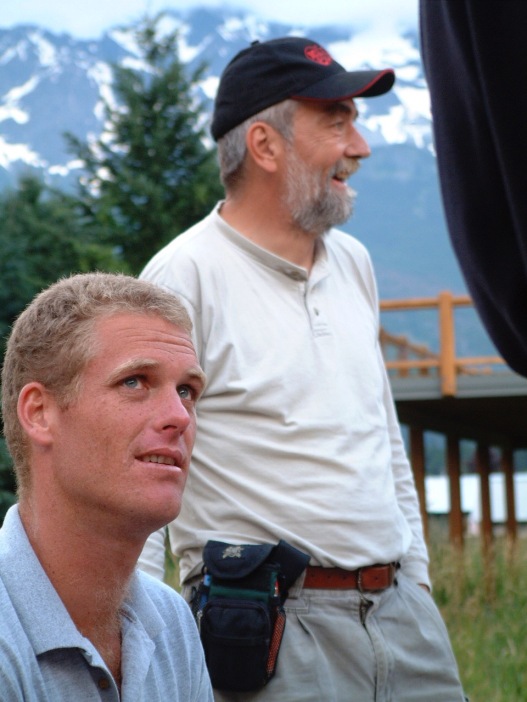 I had my 30thbirthday dinner on that deck. We wrestled a heavy wooden dining table out the door and ran the benches alongside it and spontaneously turned a gnocchi and salad into an al fresco dinner for ten. (Granted, no one over-ate. But there was enough wine to compensate.) 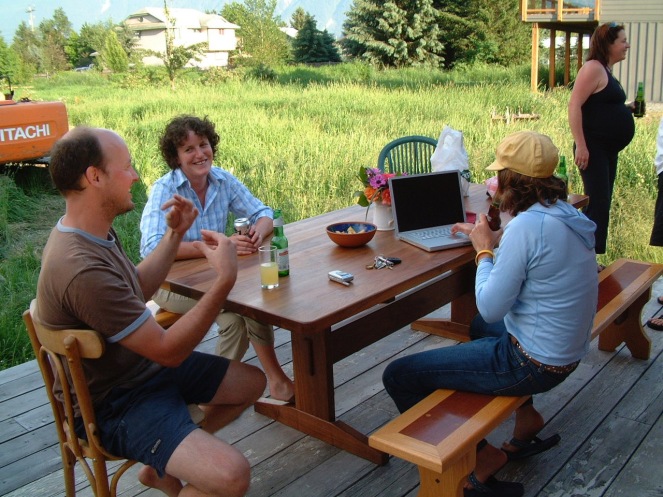 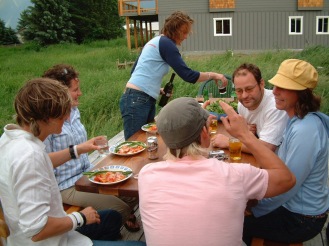 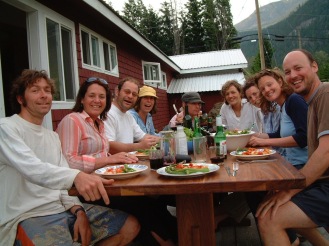 Almost thirteen years have passed, and those ten 30-somethings are now 40-somethings, and everyone who partied on the deck that summer is partnered up, mortgaged up, tending kids or dogs or careers or all of the above. 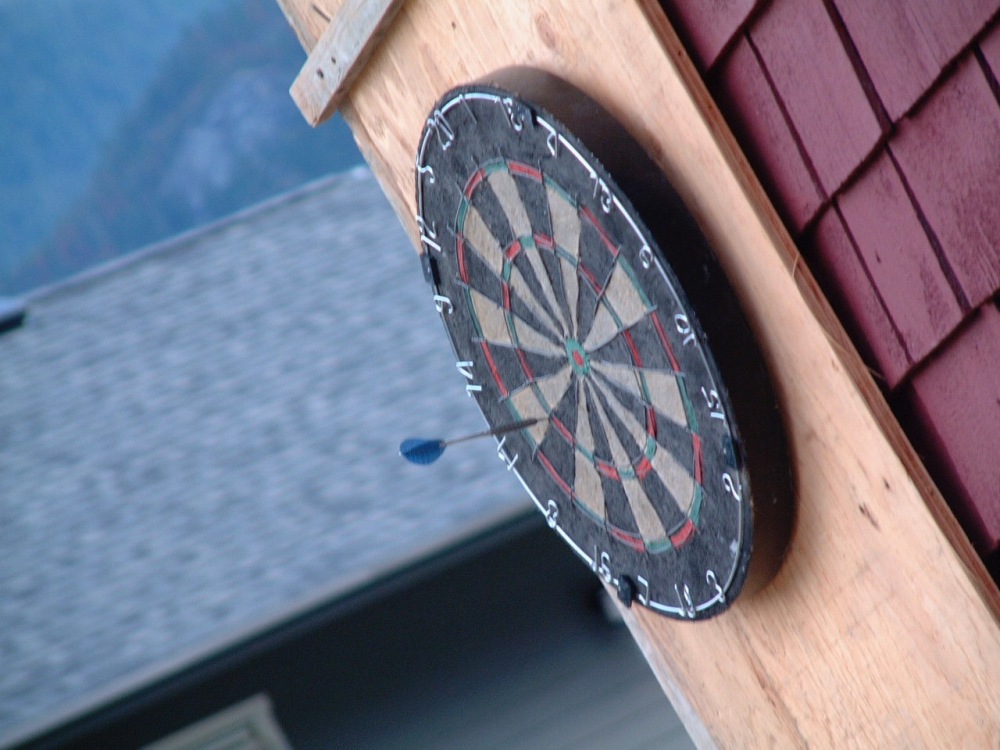 Except for three of us. Three of the friends whom we sat alongside that summer, and drank in the views with, are now dead.

Maybe it’s being 42 with another birthday imminent; maybe it’s the graying of my hair and the overnight appearance of weirdly shaped moles and sunspots all over my body, or a sudden weird ache in my fillings and once-injured joints when I first got on my bike; maybe it’s finally reaching the end of another ski season and the deepening changes to the resort coming in hot; maybe it’s having a child heading to kindergarten; maybe it’s having ageing parents looming off-shore like a storm warning; maybe it’s having spent one day last week writing an obituary, or a friend sharing that she’d made a playlist on Spotify to honour her late best mate, or word of another sudden passing, but I feel the sudden press of mortal shock, leaning on me hard.

“Am I aging or dying?” I asked a friend, freshly turned 48, who has just grown back the sideburns he was wearing at that party 13 years ago, though they’re shot through now with silver.

“Hate it break it to you,” he said, cheerfully, “but we’re all dying, all the time.”

He just laughed and gave me a hug.

But, but, but. There’s still so much to be done. I still have so much to do. Gods? Do you hear me?

I am not ready.

For my own obliteration.

It makes my heart race.

In the interest of a wellness break, and the need to escape this existential wheel-spinning and accompanying hyperventilation, I stepped away from my computer on the weekend and dropped in to a gentle yoga class at the Community Centre. It was Pemberton trails day. I felt sheepish when I walked into the class that I wasn’t out volunteering with my rake and shovel. But I was answering a deep need for some gentleness, and a reminder how to breathe.

I didn’t realize until I walked into the room and surveyed my classmates that Gentle Yoga is a code word for Seniors Yoga.  Oh, I thought. I don’t think I’m going to get quite the workout I was anticipating.

And, no, I didn’t experience my usual leg-burn from Warrior pose. What I worked out, for an hour, was how to check my impatience at the door.

I forced myself to speed-check after I swept into the room and lay back on the mat with my legs up the wall.

I slowed down. Felt the weird elasticity of time.

Yet, there we were. The lucky ones.

Lucky to be aging and dying in increments. Lucky to be wondering and worrying and adjusting to the body’s inevitable decline, it’s inertia. Lucky to be here, when others are not, and able to enfold those loves and losses and absences and memories into our physical bodies.

“Your body, for as long as it possibly can, will be faithful to living. That’s what it does,” said Matthew Sanford, author of Waking: A Memoir of Trauma and Transcendence, in a recent On Being podcast.

A yoga teacher, and car accident survivor paralyzed from the waist down for 30 of his 44 years, Sanford has worked hard to cultivate compassion for his body, to see not its failure and brokenness, but its resilience, its beauty. Now, instead of lamenting old skin, he admires it: “Man, it’s working as hard as it can.”

So, here’s to taking an hour to be your own body’s gentle-whisperer. To laying on the floor every now and then, and beaming gratitude at it for being so faithful to living. Right here.