When I sat down this spring for brunch with Blake Jorgenson at Alpine Café, around the corner from his office, he was about to hit the road… Sea Otter, Nepal to shoot for Red Bull on Freeride’s new mountain bike film and then on to Utah.

In addition to owning a worn-out passport, I discovered the man who had been Crankworx’ Official Photographer in 2011, thinks of himself as a mercenary, thanks to Helmet Newton, “I’ll shoot anything if the price is right,” and that he has a soft spot for print.

Last year, he did a coffee table book for Red Bull out of the Art of Flight and they were so stoked on it, they want to do it again. The success of the coffee table book, it’s enduring nature, has made him start thinking about the resurgence of print. Internet/digital content is so time sensitive. It’s relevant now, like a newswire, and then it’s not. But print lasts. It sits on coffee tables, and gets picked up and looked at again… It was an insight that informed our goal with the Crankworx Event Guide – to add some content that would give it a bit more longevity, would warrant the paper it was printed on.

It’s easy to forget, as your friends’ Instragrams fill up your facebook feed, that photography just underwent a revolution. Seriously, 9 years ago, when the first Crankworx rolled out, moments were made on film.

When Jorgenson won the Pro Photographer Showdown in 2001, rocketing himself into the spotlight, his spaceship was made of slides.

You want to talk progression?

“The most exciting thing about these three-day showdowns,” he said, as we started talking about Crankworx’ Deep Summer event, “is just being in the digital age. 10 years ago, you wouldn’t have been able to do that – to shoot, to come up with a creative concept that you can showcase to an audience, in that short an amount of time. You were working on film. I got sucked in to wanting to try it, so I entered Deep Winter and that got me excited to enter Pro Photo.”

For a lot of us, seeing Jorgenson sign on for Deep Winter or Pro Photo, at a peak in his career, was a risky move.  Why forfeit the Crown? He’d been on the judging panel for the Pro Photographer Showdown, along with other past winners, but says, he never saw someone’s show and thought, hmm, glad I wasn’t up against them. “I think the only real hurdle is yourself. You’re either gonna do the best job you can, or you can’t. It’s not really a photo contest. People make the mistake of thinking of it as a showcase of your portfolio. At the end of the day, it’s judged on how it communicates to the audience. That’s what makes it Best in Show.”

What intrigues him is the chance to play in a new medium. 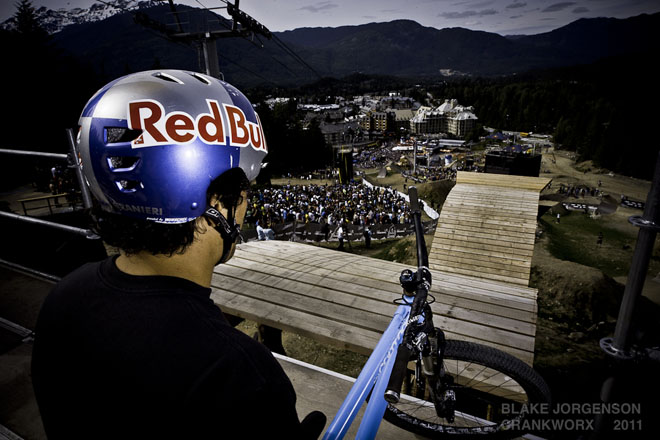 “The classical definition of a good photo is one that says it all,” says Jorgenson. But new digital platforms mean that a photographer can transcend that. “You don’t need one photo to say everything. You can tell a story. Photography is becoming so much more multimedia oriented. Once you have a platform to tell a story, people get into it way more.”

“Before, you didn’t have control over who saw your stuff. For the majority of my career, no one ever asked me what photo I should use. It was always someone else deciding. So the fact you can come up with something completely on your own… that’s the game-changer. So I wanted to try it.”

Now that photographers have a platform, they’re stepping up.

But so have audiences. “If you look at old magazines from the 80s, the photos are so shitty. You couldn’t get away with that today. The consumer is more educated. The audience, every year, can tell what is better than the year before. The progression of the digital medium is on a curve.”

That’s why the Deep Summer Photo Challenge will again be one of the must-see events of Crankworx, and why you might just see a resurgence of beautiful curated print coffee table projects, featuring the work of one Blake Jorgenson, coming soon.