On Wednesday, the first day of summer, I borrowed a packet of shelling peas from the library. I sifted through a box of seeds, picked out the peas, signed my name to the register and pledged to return my loan in, oh, about 5 months time – once I’ve planted and eaten its harvest, and saved some of the peas to return back to the library. 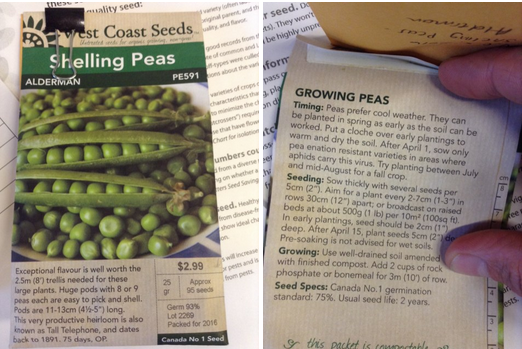 “Do they still have books?” worried my boy, when I came home to proudly announce, “Look what I just borrowed from the library!”

Now, in addition to the other 85,032 items that they circulated into local hands and minds last year, the busiest small town library in BC, ours, is also lending out seeds. 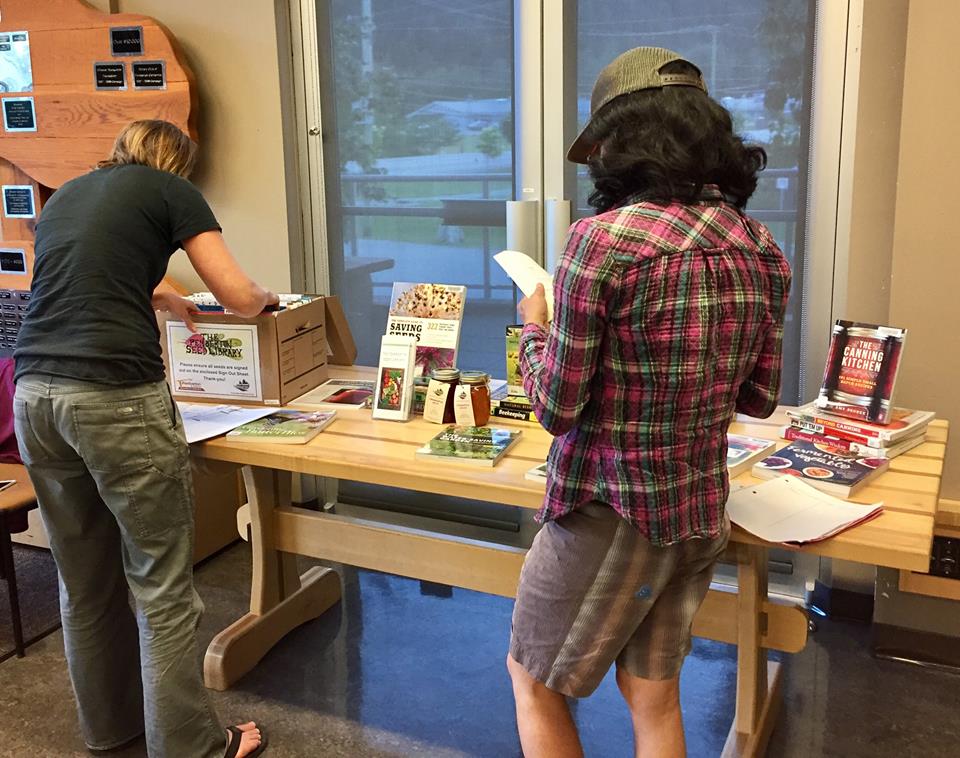 When Dawn Johnson inherited the early beginnings of a seed library, dreamed up by some keeners who lived too far out of town to make it a practical reality, she knew it was a fit for Stewardship Pemberton’s mandate. The Feasting for Change branch of the local non-profit is all about food security, and a seed library is one of the best ways to contribute to food security, by making sure every single person in the community who has a desire to grow something, has the opportunity to, and that the cost of organic seeds is not going to hold them back. And because the best seeds are the ones that come from a plant that has flourished in that specific environment, everyone gets a head-start. Collectively, we can Pemberton-proof our seed stock.

The Seed Library is a modest box with about 100 different varieties of organic seeds in it, tucked in a corner of the library.

Just like a book, it’s pure potential. As Johnson explains: “Seed saving is a vital skill that has been lost to many of us, like a lot of back-to-the-land activities that seem to have skipped a generation or two. Seed libraries provide free access to seeds – and food. They encourage people to dive deeper, to think and talk about things like food sovereignty, food justice, and food sustainability – on a community scale. Seed libraries bring people closer together to work on a collective community project and that can help with feelings of social isolation and lead to increased levels of happiness.” 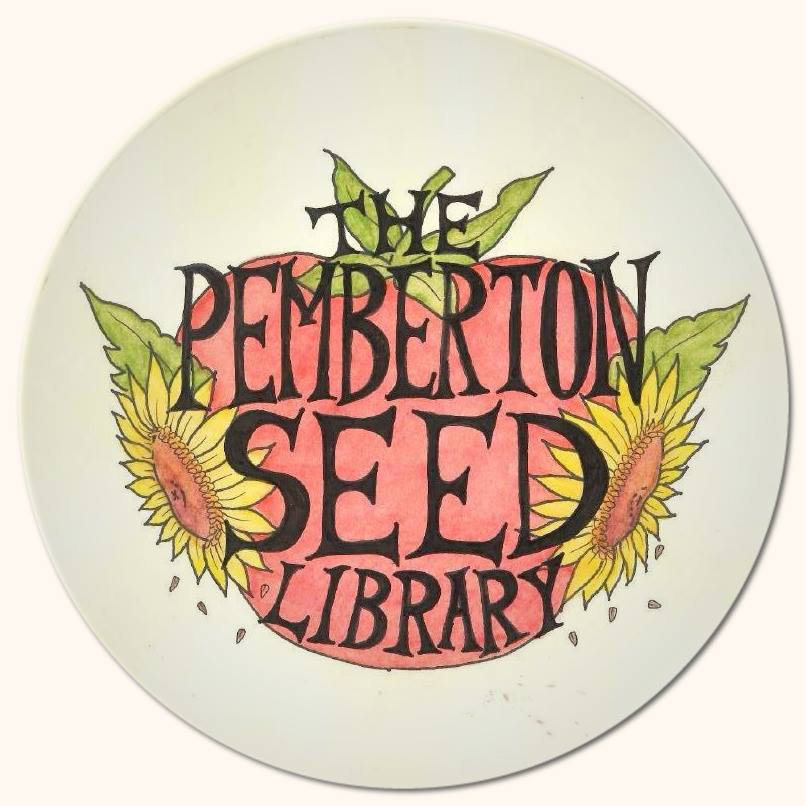 Awesome rationale aside, when Johnson inherited the magic box at the end of May, she wasn’t sure how to make it work. She might be an avid gardener herself, but she didn’t know anything about seed libraries. On discovering that many seed libraries are hosted at public libraries, she reached out to Emma Gillis, to see if they could strike a partnership, Gillis immediately said yes. Little did Johnson know, the Pemberton & District Library already had this idea on their radar. Indeed two staff members have even attended training workshops on seed libraries. 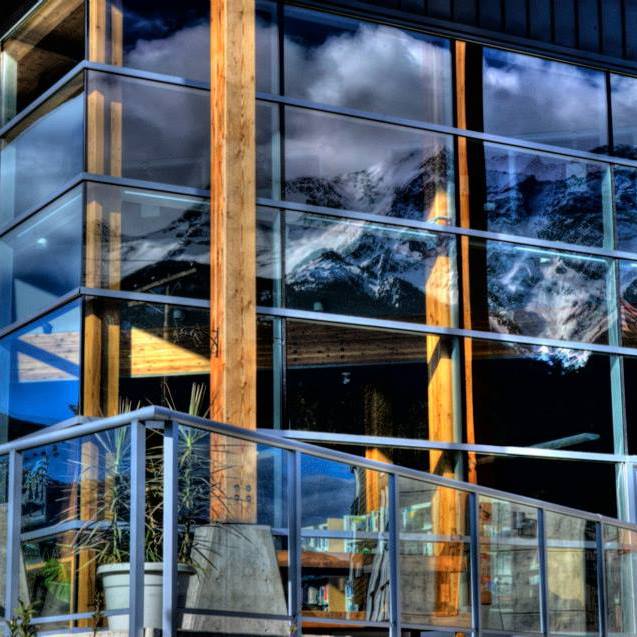 “One of our key roles at the library is to be a centre for lifelong learning,” says Gillis. Variety and constant growth is pretty much their tagline. Johnson couldn’t have found a better fit. 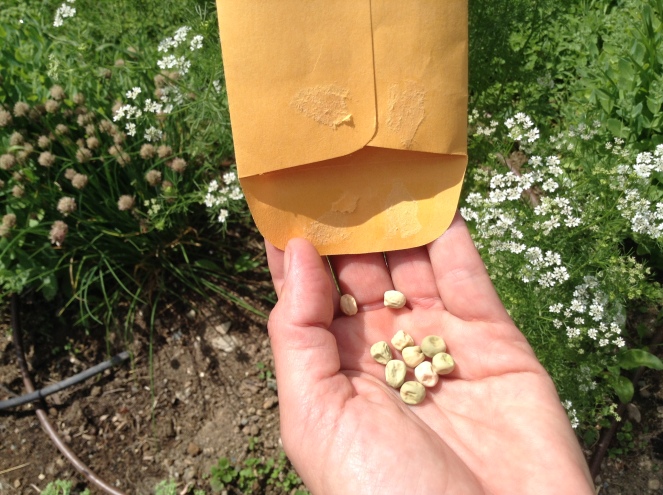 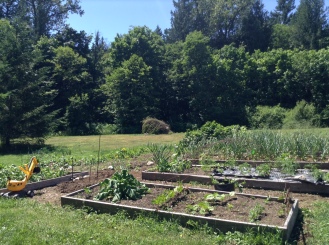 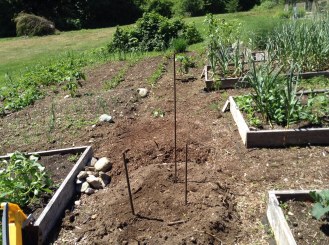 On Monday, a few days after I borrowed my seeds, I scratched out a little corner in the garden, dumping a pile of compost in between the beds. I planted a handful of seeds as if I were making a deposit in the community bank of Pemberton, not just for my 4 year old, but for the 6000 potential seed library users who live here, who share this watershed, foodshed, habitat that I call my home, a place where people read and trade seeds and understand intuitively that protecting ourselves against uncertain future and shifting climate is not achieved with arsenals of weapons, but in exposing ourselves to new ideas, and swapping them amongst each other. The best ones, the most suitable ones, the most invigorating will flourish. But only if they’re circulated.

Today, I handed a couple of the shelling pea seeds to my neighbour – a kind of insurance against my crop failing. I admire her garden every time I pass it. Instead of feeling envious of her superior skills, I decided to leverage them. Between us, we should be able to return our seeds.

Not that it matters.

Gillis stresses, “Don’t let the fear of having to return seeds be a reason to not do it.”

As Johnson echoes, “Although there definitely is a science behind saving seeds, at the end of the day, it is just food that most of us can buy at the grocery store if it fails. It is just plants and screwing things up and learning through winning and losing. Trying and failing is still learning. Not knowing all the answers and going ahead anyways is okay. Carrying disease needs to be considered and taken seriously, but seed saving is one of those things that you can just jump into with both feet.”