When the $2.2 million cheque arrived from the BC Children’s Hospital Lottery Foundation on Thursday May 11, it was one week since Lana McKenzie discovered she had bought the winning ticket. She had $33 in her bank account.

Moving to Comox meant they could buy a home, be closer to McKenzie’s family, and hockey rinks and swimming pools for their two sons. While it was hard to leave friends behind, they felt it was the right move. But it wasn’t as if they’d moved to Easy Street.

Dumbleton works as a heavy equipment operator in remote camps, two weeks on, one week home. McKenzie had picked up casual work at the City of Courtenay, to get her foot in the door in the hopes of securing a permanent position when one came up. They were making it work, pay cheque to pay cheque, mortgage payments, child care fees. McKenzie would contribute $25 a month to an RESP for her 6 year old son, Jackson, but she hadn’t gotten around to setting one up for Cooper, their 2 1/2 year old, and frankly, there wasn’t often an extra $25 sitting around at the end of the month. Still, when the BC Children’s Hospital Lottery Foundation sent out the reminder, McKenzie put aside $100 for 3 tickets. They’d saved Cooper’s life. It was a small way to say thank you.

$2.2 million will make a big difference for the family. They can pay off their mortgage, and Dumbleton can quit his job and stay home with the family. “I’m so happy he won’t have to work away,” says McKenzie. 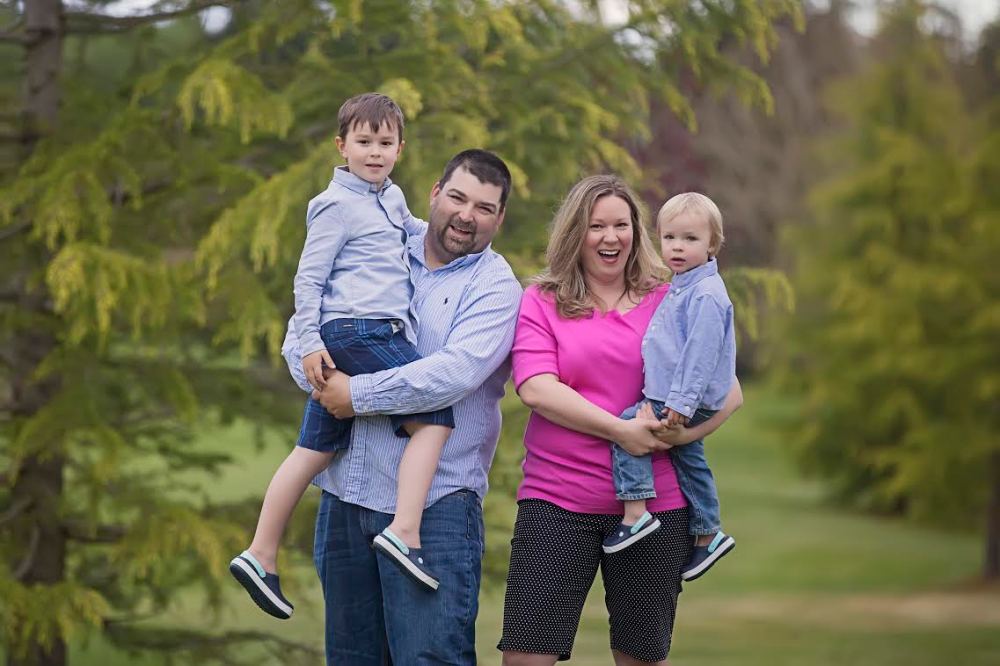 But there’s another freedom the lottery win brings with it – for Lana, it’s the ability to not have to carry a secret that she’s been nursing for a while. A heart on her sleeve person, it doesn’t sit easily to keep something huge so quiet, and the emotional pressure has been eating at her.

“I try to be an open book, but I haven’t told anybody at work except for my manager. It’s so raw and emotional, and you never find the right time.” But finding out you have The Breast Cancer Gene isn’t something you announce if your financial situation is precarious. Insurers can use that information against you, even though it’s technically illegal for them to ask you to disclose it.

It was one reason McKenzie thought about not getting tested in the first place, even after her mother and her sister came up positive. But, as her doctor advised, you’re balancing your insurability against your longevity. “Insurance protects the ones you leave behind, this test gives you longevity and helps you stay longer with the ones you love,” said the doctor. And that was exactly what McKenzie needed to hear. “My sons need me to stick around.”

McKenzie’s mother is living with cancer. She has been for 17 years.

“She was diagnosed at 47 with a lump, had it removed and it was cancerous. Chemo, radiation and tamoxifen, it was gone. Seven years later it was back. Same treatments, same surgery, and gone again. So we thought. In May 2014 she felt a lump behind her breastbone. It’s spread everywhere – liver, head, breasts. Literally everywhere. She’s undergoing constant treatments of varying type, but it will never go away. These treatments will keep it at bay. She’s managing it amazingly, with a strict diet, mainly from her garden, tai chi, daily skipping rope and chasing grandkids. But we just don’t know how much time we have left. And that’s a big part of why we moved here. The clock is ticking.”

McKenzie is now three years away from the age her mother was, when she received her first diagnosis. “If my mom had known then, that she had the gene, she would have had a full mastectomy. Now it’s too late to be an option for her.”

McKenzie’s mother, her sister and Lana, have all tested postive for the BCR2 genetic cancer gene mutation. It means they each have a 54% higher chance of breast cancer than the general population. And an 18-24% higher chance of ovarian cancer.

When the phone rang on March 3, to deliver McKenzie’s results, she held the news close to her chest – torn between what she’s watched her mother endure, her fear of not being around for her children, her financial situation as a casual employee with no benefits and no savings, the drastic nature of the choice before her. But, if McKenzie elects to have a preventative double mastectomy, she will have a lower chance of getting breast cancer than the general population.

Two months later, an unexpected lottery win has freed her to consider her future, and the radical steps she might take, to make sure she has one. But mostly, it frees her to talk about it. And that is the biggest win of all.